What can Angry Birds teach us about Employee Learning and Performance?

By David on January 25, 2011 in Uncategorized
One of the ways I enjoy learning is by trying to find connections between two seemingly unconnected and unrelated things.  I find that the process of building these connections very often opens my mind to possibilities I had not considered before.
I often do this with learning, asking myself the same question: What can ‘XYZ’ teach me about learning?  The fun of it is that ‘XYZ’ can be anything, and the more difficult it is to build the connections, the more enjoyable and valuable the experience can be.  This first edition of Learning Mash-Up? 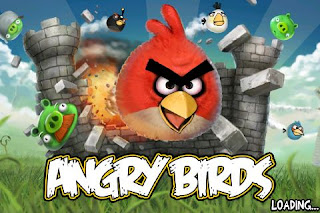 Ah yes… Angry Birds.  Most people are familiar with this phenomenon of a game, but here’s a very quick synopsis for the uninitiated. The storyline of Angry Birds is fairly simple, telling the story of a seemingly endless battle between birds and pigs.  The pigs have stolen the birds eggs (hence the ‘angry’ part), and the game follows the birds quest to recover the eggs from the pigs.  To do so, the birds must defeat the pigs who are hiding in many different well-protected structures, which the birds must penetrate and destroy to be victorious.