Personal Social Media Strategy: What NOT to Do

Sometimes the world seems to synchronize around an idea and topic. It permeates into conversations you have, articles you read, and other parts of your life. For whatever reason, sometimes topics just seem more front-and -center in our lives. For me, that topic over the last few weeks has been consistently appearing is personal social media branding lately. 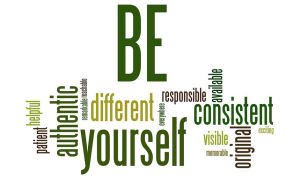 I’ve been interested in social media and personal branding for a number of years, but events over the past few weeks have brought the topic to top of mind again. I’ve had a few conversations with people asking for advice, booked a speaking engagement, and read a few articles and blog posts on the subject. I think what really has brought it top to mind though has been the really BAD examples I’ve seen of late of people managing their brand.

So with the latter examples in mind, I decided to share a few tips on what NOT to do when managing your Social Media brand.

This one may seem obvious if you look at it as black and white. But many people see lies in terms of shades of grey. After all, what’s the harm in me exaggerating my skills on my LinkedIn profile or in my interactions with people online? Doesn’t everyone do that?

Yes, lots of people exaggerate their abilities in a resume, or on LinkedIn, or in casual interactions with people online. And it’s a really, really, bad idea to do so.

If you’re serious about your brand and are going to approach it strategically, you need to be honest and transparent in what you do. Your social media brand is built upon the relationships you form with others, and those relationships are built upon some level of trust. The deeper the relationship, the more trust comes into play, and the more damage that can be done if the trust is broken.

Your brand needs to represent you. A few white lies might make your brand more attractive to connect with, but it’s not sustainable in the long term. Be transparent and genuine in the brand you create. Your brand will be stronger for it.

The messages you send via social media are the backbone of the brand you create. Once you decide what the brand should be, it’s critical that your posts that are associated with the brand are consistently matched against the brand. The more inconsistent you are in your messaging, the weaker your brand becomes.

The best social media brands (personal or organizational) are the ones that contribute to the conversation. If you want to strategically build your brand on social media, you can’t be a wallflower. You must have the courage to put your thoughts out there for others to read. You must participate in the conversation, and yes, you must be open to criticism. Your brand can only grow so much if you;re not putting yourself out there.

Don’t Forget to Give Back

Consider this: You throw a holiday party at your house every year, and the whole neighborhood shows up. It’s a really popular event that people look forward to each year. Your neighbor Bob wants to have a party too, but instead of having it on another night, he intentionally schedules it the same night and invites no one. He instead goes to your party and tells everyone that he’s having a party as well and that they should stop over.

Pretty crappy right? And yet this happens quite often on social media.

Your brand should be about what makes you unique. Jumping onto the shoulders of of an individual or group that has already built a brand is poor practice, and usually damages the brand of the the person trying to siphon off an existing audience.

I see the brand-scraping happen often during #lrnchat, the popular Twitter Chat that I help moderate every Thursday. We’re often seeing individuals and organizations jumping on the hashtag or trying to hijack the conversation to enhance their own brand via the existing #lrnchat brand. It’s a poor branding tactic, and more often hurts the brand of the scraper more than it helps it.

Don’t Have a Public Breakdown

This is another one that might seem obvious, but is so very much NOT when put into context. The time to think about not having a public breakdown on social media is not when you’re actively having a breakdown. You’re emotional at that point, and subject to do something you would not do with a calm head.

We all have bad days. I’ve had more than a few I’d care to forget over the last few years. But I haven’t had them on facebook, Twitter, or any other social media space. I’ve seen a number of respected people share their meltdowns on social media. The damage from a public breakdown isn’t in people judging you for it, though some people will inevitably do so. The damage to your brand is that very few people that saw the breakdown will ever forget it, and will forever associate it with you.

When it comes to managing your personal social media brand, it’s always smart to think twice before hitting post. If you’re having a really bad day, it probably best to just step away from the keyboard entirely.

Don’t be an Asshole

This is a rule I’m stealing from Cammy Bean’s Ignite talk at DevLearn a few years ago. It’s a simple rule, but arguably the most important DON’T on the list. Acting like an asshole can be the kiss of death for your personal brand. Think about all of the media firestorms that have taken place based on a single offensive tweet posted by a celebrity. That’s how strong the “Don’t be an Asshole” rule is.

And when you break that rule and earn yourself the “Asshole” label, it’s almost impossible to lose it. As with most areas of life, it’s just easier to do the right thing and be kind to one another.

So there you have it, my list of Don’ts as it relates to personal social media branding. Is there anything you would add to the list? If so, please post it into the comments.