I just finished reading a post by Ellen Wagner discussing how Twitter helped her deal with the recent earthquake in northern California. In the post Ellen talks about how Twitter helped her stay connected after the quake, even when there was no power or landline telephone service. Ellen’s post made me revisit my own experiences with social media in a disaster situation, when dealing with Superstorm Sandy a few years ago. 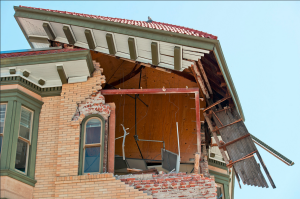 In Ellen’s post she talks about the types of information that she pulled from, and contributed to, social media after the quake. Some examples:

As I read Ellen’s post, these points (and others) pushed a thought into my head. “Ellen was learning and receiving performance support via social media when she needed it most”.

It made me think back on my own experiences in the aftermath of Superstorm Sandy years ago. Looking back, social media was critical not only to connect with others, but to learn and receive the critical support needed to help us recover after the storm. Ellen’s post has me reflecting on the many ways social media supports learning and performance when we need it most.

Breaking Through the Silence

The first few days after Sandy were some of the quietest days I have ever encountered. There was the literal quiet caused by the power outage and the fact that most of the vehicles in the area were destroyed by the storm. More disturbing was the “comunication silence”. The world was literally crumbling around us, and there were very few ways to get information.

We had a radios with batteries that gave us general information about the scope of the storm. The reporters went out and found stories, and that’s what they shared. It was only through social media that you could get information on a local and personal level. Through social media, EVERYONE became a reporter. And the reports you got were much more important to you because they were local and more importantly, timely.A crisis situation like Superstorm sandy really gives you perspective on how dated traditional news outlets and communication formats are in the age of social media.

Learning in the Moment 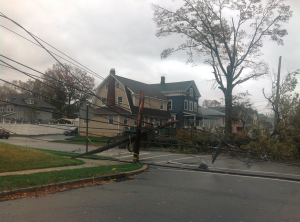 Information was scarce in the days after the storm. In many cases there were resources and aid available, but people did not know where nor how to get it. Social media changed that. Shortly after the storm, a number of facebook pages were created. Most of these focused on specifoc towns and areas affected by the storm. These pages became hubs for sharing information. As sources of relief became available, updates were shared on these pages. These updates included critical things that you don’t realize you need until it’s too late. For example:

Many of these pages became long-term spaces for ongoing sharing and learning for families recovering from the storm, and in fact are still active today, over two years later.

I, like many other people, vastly underestimated the damage that the storm would cause. As the sun rose the morning after Sandy, I looked around at the damage, not having a clue where to start, and thought “Now What?”

Social media not only provided the answer to WHAT I needed to do, but more important it provided the HOW I so desperately needed under the circumstances. 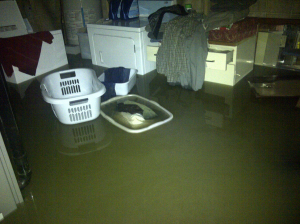 photo via The Bees http://bit.ly/1rLmiGx

One of the first posts I remember being shared on facebook came from someone that worked for a disaster recovery company. He was stating the importance of dealing with water quickly and getting the walls open to avoid the risk of mold. This quickly became my first course of action.

After watching a few quick videos I had found out how to remove the walls, and much more, including:

The facebook groups I mentioned earlier were also a great resource for answers. As people navigated their way through recovery, the community became the knowledgebase. It was the place to pose your “has anyone encountered XYZ” questions and get the answers you needed.

The interactions that take place on social media in response to a natural disaster are in many ways the best examples of using social media for learning and performance support. Social media provided the critical information we needed in a crisis to keep us safe until danger passed. It served as a portal to learn about things we needed to educate ourselves on over an extended period (FEMA/Flood Insurance claims). It provided the real-time performance support for tasks we needed support on in the moment, but didn’t need to learn about and retain for future use.

I was already a believer in the power of social media for learning and performance support; Superstorm Sandy and stories like the one Ellen shared are just more examples I can use to prove it.