Five Reasons #GoogleGlass is a Success

Google Glass is a failure. 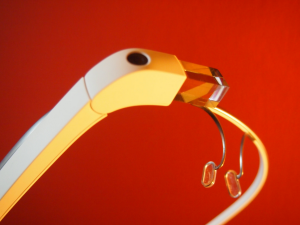 That’s the theme that’s been fairly consistent across news reports ever since Google announced that it was shutting down it’s Explorer program effective January 19th. No new devices would be issued, and any possibility of a full consumer release of the technology was removed. In short, most of the press reports have stated that Google Glass was a failure.

Nothing could be further from the truth. Google Glass was a success, and something I think we’ll look back on as an important moment in the evolution of technology. Here are a few reason I feel this way.

#1: Glass was an Experiment

If you look at Google Glass as a consumer product, then no one can fault you for deeming it a failure. But Glass wasn’t a consumer product. I’m sure Google would have loved it if people raved about Glass and consumer demand was similar to what we see every time Apple announces the latest iPhone update. But that’s not what Glass was. Making Glass a profitable consumer device would have been a tangential, or “stage two” benefit that was unrelated to the real purpose of Glass and the Glass Explorer Program.

Glass was, at it’s heart, an experiment. And here’s the thing with that – experiments don’t fail.

Experiments exist to generate data. Whether it be to make a discovery, test a theory, or to prove a fact, the “success” of the experiment is in the data, not in any one result. And the Glass Explorer Program generated a huge amount of data. We know a great deal about wearable technology via the Glass Explorer Program, including ideas and questions that we probably would not have considered had it not been for this experiment.

Before Glass, the concept of wearable technology was a science fiction pipe dream for most people. In truth, when I first got Glass, it still was. But after a short time of wearing the device, when the initial wonderment wore off, Glass slowly shifted from a computer bolted onto my head and towards a set of glasses that happened to have technology in them. Once there was a normalcy to wearing Glass, the possibilities started to emerge.

In truth the hardware features of Glass are not all that special; everything you can do with it you can do with your smart phone. In some ways your smart phone is actually more effective. But you have to hold your smart phone in your hands. The moment you realize that you can do the everyday things you do with your phone, like pictures, video chats, social updates and more while still having your hands free, your mind starts to see wearable technology differently. Suddenly there are possibilities and applications that didn’t occur to us because we were operating within a “you must hold the technology” mindset.

The Glass Explorer program saw countless examples of people applying known technologies (video recording, Hangouts, note-taking, etc) in ways we have never seen before. And the developers that were working on Glassware were exploring “What if” scenarios that have tremendous potential, if not via Glass itself then via whatever the next iteration of Glass or Glass-like devices may be.

Via the Explorer Program, Google took Glass as a piece of hardware, handed it to users and developers and essentially said “go play, and share with us what you learn.” As a result, Google, and the world at large, are seeing wearable tech through a more creative lens.

Wearable technology is a very disruptive technology. Glass being rolled out the way it was enabled us to gradually explore important social and cultural implications of wearable technology. Privacy became a huge concern with Glass, which I found somewhat ironic considering I’m more likely to hide video or audio recording with a smartphone than I would be with a head-mounted camera. It also posed questions about the social implications of the hardware, challenging the public about what is and is not socially acceptable as it related to technology.

Glass also explored questions related to hardware, as developers explored possibilities around facial recognition applications for Glass, and Google and the tech community pondered the ethical considerations such possibilities presented. Wearable technology is largely uncharted territory from a cultural standpoint, and the Glass Explorer Program gave us our first impressions of the types of barriers and challenges we can expect as wearable technology explodes onto the consumer market in the coming years.

#4: The Glass Story Isn’t Over

Another reason I disagree with deeming Glass a failure is that “failure” implies an endpoint. That’s like looking at the first mobile phone – the Brick – and calling it a failure. It was a horrible device. You could hardly hear the person on the other end of the phone, you had to scream to have yourself be heard, and the ability to receive a signal and make a connection was sketchy at best. But the mobile phone story didn’t end with the brick’s “failure”, it really started there. Without the brick phone breaking through the preconceived ideas of what is possible, we probably wouldn’t have the smart phones we carry around with us today.

Years from now, when technology like Glass shrinks to the point that it fits into frames like we wear today (and therefore loses the disruptive visual stimulus today’s Glass suffers from) we will look back on Glass the same way we look at the brick phone. The closure of the Glass Explorer Program isn’t the end of the Glass story, it’s just the completion of the first chapter. 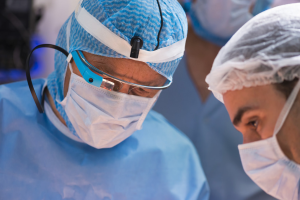 Lost in the reports of the Explorer Program ending was the sharing of where the current iteration of Google Glass IS successful as a product. It’s found a niche not as an ever-present consumer device, but in the purposeful use for specific applications, including the space this blog explores – learning and performance. Glass is being used in many places as a tool for learning and performance support, and all indications are that Google will continue to explore Glass’s applications in that space.

There are a number of ways to determine success or failure of a product. As I mentioned earlier, if Google’s ultimate goal was to have this iteration of Glass be the next iPod of the tech world, then it is a failure. But as an experiment, it is a tremendous success. As a pioneer that opened doors to what wearable technology is and more importantly can be, it is a success.

And the story isn’t over yet. While this chapter of the Glass story has ended, the wearable technology story has only just begun.