This week I expected to be in London speaking at and attending the Learning Technologies Conference in London. I’ve been looking forward to the trip for a while, for a great number of reasons. 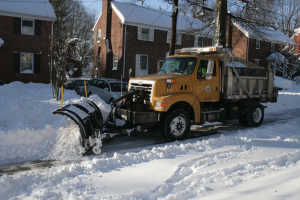 The blizzard of 2015 was more a blizzard of hype than one of snow, at least in my area of the Northeast United States. However, the fears of the storm were enough to get my flight cancelled, as well as the subsequent flights that would have gotten me to London in time for the event. So, no London, no proper cup of tea, and most disappointingly, no on-site Learning Technologies experience for me this year. This isn’t the first time Mother Nature has stepped in to impede upon my travel to a conference, but I’m hoping it’s the last for a while.

So as I sit at my desk, ready to follow the goings-on at the event via the conference backchannel, I find myself a bit melancholy – a word I don’t think I’ve ever used before today – over the missed connections. I’m not talking about the missed flights that prevented me from getting to London. I’m talking about what I see as the most important part of the conference experience: The personal connections.

It’s About More Than Networking

People often say that “networking” is a big part of the conference experience, and it is. I’ve just never really liked that term myself. Networking is a word that sounds like work, as if it was a business deal being signed.

I’ve never really seen it that way. To me the personal interactions that take place at conferences are more about connections. Connections are mutual, and built collaboratively. The bonds formed by a connection last longer than the time it takes to enter information from a business card into your smart phone. They’re about a relationship, one that makes both individuals stronger through the ongoing sharing that takes place over time. 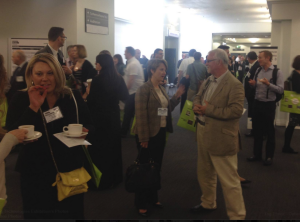 Another difference between connecting and networking is based in the world we live today. The business card exchange that networking is built upon comes from an outdated model. I don’t connect on a regular basis via your address and telephone number today. I connect – regularly and informally – on some type of social media channel. It’s there that the connection really takes form, in the casual sharing and conversation that takes place embedded into the day-to-day.

It’s also what provides a head-start to the face-to-face connections at conference events. I don’t have the opportunity to go to Europe very often, and yet there were a great number of people that I was looking forward to seeing, people I have connected with online over the last few years. A conference is a great opportunity to take those online interactions and bring them into the physical world, strengthening relationships even more via handshakes, conversations, and more than likely a few pints.

While I’m disappointed to be missing all of the learning opportunities taking place in London over the next few days, it’s the missed connections that I’ll miss most of all.

So, if you’re at Learning Technologies this week – or any event you attend in the future – make sure you take time to connect with your fellow attendees. Don’t just exchange cards; exchange ideas, and exchange challenges. Start conversations that will continue long after the conference ends, and take those relationships with you when you leave.

You’ll be glad you did.