6 Things I Learned at Dog Training

I think the title of this post – 6 Things I Learned at Dog Training – might be a bit misleading. Most people reading that title would understandably interpret the title as things that I learned while I was attending a training class for my dog. That’s not the case. 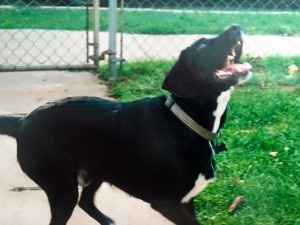 You see, I recently had to say goodbye to my good friend Lucas. Lucas had been a member of our family for almost 17 years. He was the first real “baby” that my wife and I had, and was a constant part our our life for almost all of our marriage. We’ll miss him terribly.

As I reflect on the time we had together, I’m reminded of how much I’ve grown over the last 17 years, and how much I’ve learned from and with Lucas. So when I title this post “6 Things I Learned at Dog Training”, I’m referring to the times that I was being trained BY my dog.

Here are six of the life lessons Lucas helped me learn.

Until age finally caught up with him, Lucas was a very active dog, full of energy, enthusiasm, and personality. When he played, he played hard. All I needed to do was pick up a ball and he would light up, eagerly awaiting the chance to chase it. Lucas had passion for the things he enjoyed most, as we all should.

Lucas had unending curiosity. I have many memories of being engaged in some sort of activity and suddenly realizing there was a snout inserted into the scene and a very inquisitive eye looking to see what was going on. This curiosity was also evident in his walks, which were never long enough for him to explore all he seemed to want to. 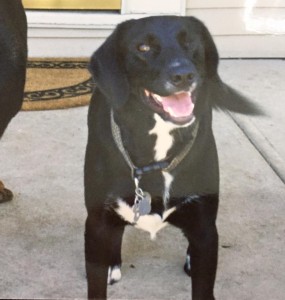 If you said “Want to go out?” Lucas never asked where. He just wanted to explore. He would do the same when I opened a car door. He didn’t have caution about doing things; he didn’t care where we were going. He just loved the ride, whatever form that took.

Lucas was no wallflower. He wanted to be everyone’s friend. And like many dogs, Lucas seemed to have a sixth sense that tapped into human emotions. When you needed a friend, Lucas was there, leaning into you as if to say “pet me – it will help”. And he was right.

One of the things I’ll miss is watching Lucas figure something out. One of his favorite toys was a rubber bell-like chew toy that you could hide treats in. He’d try all sorts of things to get at the treats – licking, throwing, dropping, and more, until he figured out the best way to do it. He was persistent to figure out the solution via trial and error. 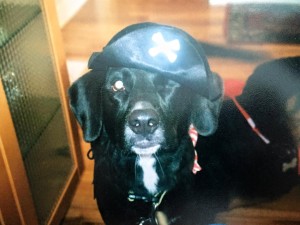 Most people were surprised to learn that Lucas only had one eye. He lost one of his eyes at a very young age, shortly before we adopted him. It was never a handicap for him, he just adapted to it. In his later years, his back legs started to weaken. He couldn’t run anymore, and stairs we increasingly difficult to navigate. Despite these challenges, he rarely whined or acted in a way that conveyed being overwhelmed by the hurdles he was encountering. He just took on each hurdle as they presented themselves.

In many ways I think that’s the biggest thing Lucas taught me. We are not defined by obstacles we face; we are defined by how we face the obstacles.

Thanks for 17 years of friendship Lucas, and for teaching me a few things about life along the way.