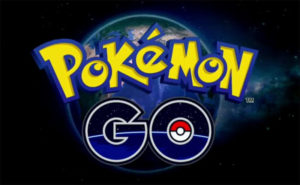 I’ve been planning to write a series of blog posts centered on games I play, sharing my thoughts from both a gaming and learning perspective. I have a host of games I’d like to write about in the queue, but haven’t allocated the time to get started writing about them yet.

This weekend seems like a good time to start the series, and it will kick off with a new game that has only been available for about 2 or 3 days: Pokemon Go. If you’re active on social media, chances are you’ve heard at least something about this game in recent days, as shortly after it was released in the United States, it seems the internet world has lost it’s mind about it. (and with good reason)

Pokémon Go is a free-to-play augmented reality mobile game developed by Niantic for iOS and Android devices. The game allows players to capture, battle, and train virtual Pokémon who appear throughout the real world. As you go wander around the real world, your smartphone will vibrate to let you know a Pokemon is nearby. At that point, your screen shifts to camera mode, and you see the Pokémon characters in the real world. You use the smartphone’s touch screen and throw a Poke Ball to capture the wild Pokemon.

The game was only released a few days ago and has already taken the world by storm. Here’s the preview video: 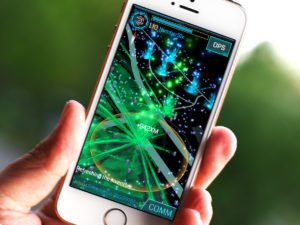 While Pokémon Go has only been available in the United States for a few days, I’ve played this game before, or at least, the game that inspired it. Pokémon Go is very similar to Niantic’s prior game, Ingress. Like Pokémon Go, Ingress is a game that exists on a smart phone, but takes place in the real world. You choose a side and explore the physical world and discover bases – fortifying those from your team and attacking those from your opponent. If you’ve played Ingress, you’ll immediately feel familiar with the world of Pokémon Go. To some extent, Pokémon Go is Ingress with a new skin, plus some additional Pokémon-specific gaming elements.

That’s not to say that Pokémon Go is a cheap copy of Ingress; it’s not. While the bones of Ingress are clearly in play, Pokémon Go takes the concept into new directions, combining the physical-world exploration of Ingress with the card-collecting world of Pokémon to create something new: a sort of virtual scavenger hunt.

While the game is not perfect (and will no doubt see updates in the future), it definitely works. It capitalizes on the character collecting, leveling-up, and battling gaming approaches common in many of today’s popular games, but by taking that paradigm into the physical world, it becomes something more.

The augmented reality portion of the game is superficial at best. It’s fun to see the Pokémon in the real world, but it’s not like the Pokémon interact with the real world in any way. When you’re in a large open space it can look like the creature is there, on the lawn in the real world. But more often than not the characters are just there, floating on top of the picture of real space. The augmented reality doesn’t impact game play in any meaningful way, but that doesn’t mean it doesn’t have alternate importance (more on that in a minute). 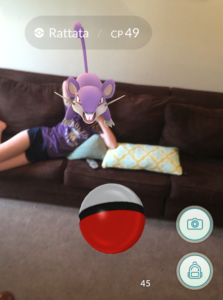 At the very least, the augmented reality functionality makes for some funny pictures, like when I saved my daughter from being attacked by a rat in our den.

One of the things that surprised me about the game was the social aspect of playing it. Perhaps things will change after the initial hype of its release subsides, but I was astounded by the way playing this game has emerged as a group activity. I’ve spoken to people about it online a great deal this weekend, and my kids and my nephew did some group exploring. I never played Ingress with anyone, but Pokémon Go seems to encourage in-person social interactions. While things may calm down a bit after the initial buzz of the release subsides, I expect the social aspect to remain a big part of the experience as “trading” is a huge part of the Pokémon universe that will likely find it’s way into the game.

In short, it’s a well executed game that breaks new ground in terms of what a mobile video game can be, and how games can influence how we interact with the real world.

Who needs a FitBit?

Pokémon Go addresses one of the primary criticisms of video games. I’m a gamer, and I see the value of playing games for myself and others, including my children. At the same time, I’m also a father who will commonly use phrases like “OK, time to turn off the game, get off the couch, and spend some time in the real world.” Video games are great, but they’re not the greatest source of physical activity. Microsoft’s Kinect go people off the couch, which helped, but this game actually requires you to leave the house and be active.

It’s not just about roaming aimlessly. The game has specific design elements that encourage physical activity. For example, in the game you can find eggs that can hatch into rare Pokémon. But, to get them to hatch you need to walk a certain distance. It’s possible that this game has tapped into something way more important than just a new game; Pokémon Go could do more for encouraging healthy physical activity habits to the masses than any of the fitness apps on the market today.

Can Johnny come out and help me find Pokémon? 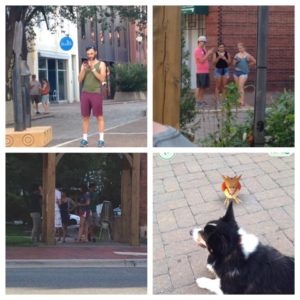 If a top complaint about video games is the overly stationary aspect of playing them, a second complaint may be the lack of social interaction associated with them. Yes, we can argue about the social elements of online games, but for many non-gamers, it’s not social unless it’s in person.

That’s what’s very different about Pokémon Go. It lends itself very well to a social experience. I’ve been amazed by the pictures I’ve seen shared this weekend on social media. I expected pictures of individuals playing the game, but what surprised me were the pictures of groups playing the game. Pokémon Go is the rare game that is both a single-player game and yet easily works as a group experience.

Earlier I described Pokémon Go as a virtual scavenger hunt, and that’s admittedly an over-simplification of the formula. But I gravitate to that phrase because scavenger hunts are inherently social, and the first time you go exploring with others, the total vibe around playing the game if different even though the mechanics have not changed. Technically Pokémon Go is an exploring and collecting game for individuals, and it can be played that way. But the real world aspect of it lends itself to a much more powerful social experience.

For many, the game could be called “My First AR”

In my comments about the game itself earlier I was less-than-enthusiastic about the augmented reality (AR) aspect of Pokémon Go. As applications of AR go, Pokémon Go is very simplistic. If I was going to recommend someone to a cutting-edge application of the potential of AR, I would not be talking about Pokémon Go.

And yet, the fact that Pokémon Go leverages AR is hugely important. Millions of people will be playing this game – people who don’t care about AR and quite possibly have never even heard of the term. This game will be the first experience millions of people around the globe will have with augmented reality. It’s not that they sought out AR; it’s that AR just happens to be a part of something they did seek out. And that’s how new technologies become normalized within a culture.

The utilization of a smartphones GPS to lead people through an exploration of a physical space has obvious applications for learning. In Pokémon Go, actual physical landmarks are used as refueling stops in the game. That same application could easily be used to help people learn more about a physical location, such as part of a new hire orientation program or new student orientation.

A deeper analysis of the social component of the game could also have value for learning. The underlying aspects of the game that lend itself so much to a social experience could be replicated in experiences designed for learning and collaboration.

I also think the physical activity embedded in the app design has tremendous applications for learning professionals. It’s not about the literal physical activity the app encourages as much as it is the way it does it.

Today there are countless devices designed to track and encourage physical activity. They all follow a similar basic structure: track the activity of an individual and give them data that will motivate them to be more active. It’s a design whose solution is clearly linked to the problem – people need to be more active so we’ll give them devices that track and coach them on physical activity.

I don’t know if the designers of Pokémon Go intentionally tried to design a game that was essentially a hidden motivator for physical activity, but that’s ultimately what this game is. It represents a very good example of how design can be used to influence a behavior (“get people to be more active”) without literally and directly addressing the problem (“people are inactive”). That type of design approach could be very useful in the development of learning programs.

Have you played Pokémon Go? Share your thoughts on the game and it’s lessons for learning in the comments.

‘Pokemon GO’ Review Day One: Bugs, Monsters, Gyms And Glitches by Dave Thier

← The Now and Next of Learning and Technology – Resources Shared at #LeapAhead
Book Review: Curate This! by Steve Rosenbaum →